Ludogorets lost 1-2 to CSKA the first 1/16 finals match for the Cup of Bulgaria. 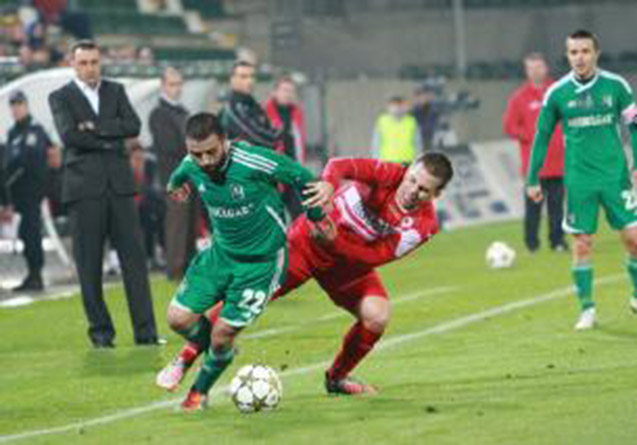 Ludogorets lost 1-2 to CSKA the first 1/16 finals match for the Cup of Bulgaria. The Champions will be able to compensate for the lower result in the return match on November 24 or 25. The spectators in Razgrad witnessed a really tough match, spoiled by the main referee Hristo Ristoskov. The referee from Sandanski wasn‘t in the league of the two teams, nor he was corresponding to the high quality of the encounter. He made a crucial error before the break, with his decision not to dismiss Abel Anicet, even after numerous serious violations. However, the player from Madagascar finally received the red card in the additional time.

Ludogorets had a good start, using a different line-up, compared to the last match, in Burgas. Instead of Yordan Minev, who wasn‘t part of the group, Choco made it to the first eleven. Also, Franck Guela started in Ivan Stoyanov‘s place, and he was the one to assist Miroslav Ivanov for the first goal, scored in the 11th minute. Guela pushed up the right flank. His side kick reached Ivanov, who took a shot at Cherny. Shortly before, Ivan Cvorovic showed his worth, saving the kick that Michel Platini took alone against him. „The eagles“ missed a golden opportunity to take the lead with 2-0 in the 30th minute. Marcelinho broke away to be in a perfect position against CSKA‘s goalkeeper, but his left foot kick was too inaccurate. CSKA made even in the 35th minute, after a counter attack – Lucas Sasha assisted Michel Platini, and, alone against Cvorovic, the Brazilian netted the ball for 1-1.

The second half started with a massive pressure over „the red team“, while they were pulling back waiting for a counter attack. Ivaylo Petev‘s boys had the undoubtable lead in controlling the ball, however, there were no clear goal-scoring opportunities in front of Cherny‘s goal. The unthinkable for the Champions happened in the 61st minute. The continuous attack of CSKA ended with Platini‘s pass for Lucas Sasha. The Brazilian broke into a convenient position against Ivan Cvorovic and scored for 1-2. By the end of the match „the eagles“ didn‘t manage to make even. In more than three weeks they will have a tough task at Vasil Levski stadium.

"The match is not pre-determined, we will do our best to win. It‘s normal to talk about a crisis, given the fact than we didn‘t manage to win. We‘ve lost points in the Championship, which we shouldn‘t have lost in any way. It‘s a pitty that today, again, due to our errors we lost 2-1. But it happens in football.“, said Ivaylo Petev. 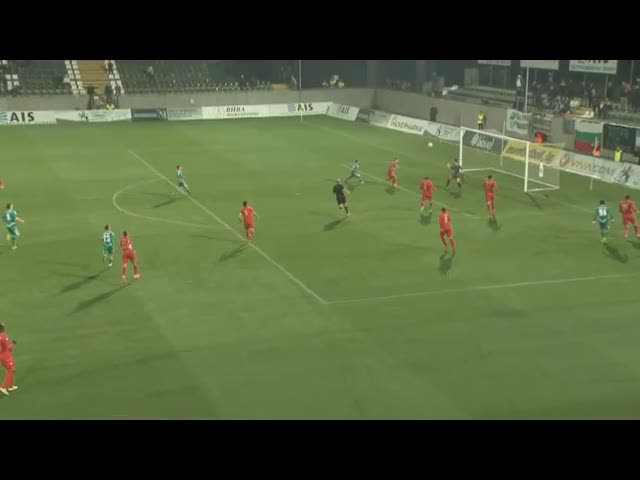