Jakub Swierczok helped an old fainted lady on the...

Ludogorets is champion in the youth group U21

Ludogorets became champion in the youth group under 21 years! Veselin Branimirov and Todor Jivondov’s boys did it with a victory - 2:0 over Beroe at... 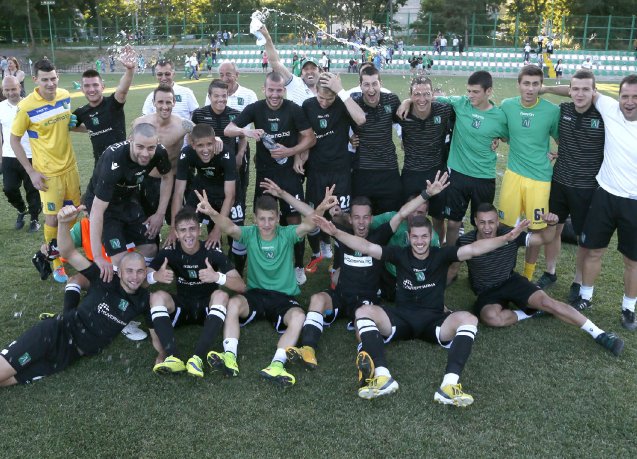 Ludogorets became champion in the youth group under 21 years!  Veselin Branimirov and Todor Jivondov’s boys did it with a victory - 2:0 over Beroe at stadium "Lokomotiv" in Stara Zagora.  The "eagles" ended up with two points over the rival Litex, who at the same time defeated CSKA with 7:1.

Georgi Terziev opened the score in the 50th minute. He received the ball from Alexander Vasilev and made 1:0 with head. Oleg Dimitrov made 2:0 in the 89th minute, after scoring with a shot from just outside the penalty area.

Besides Terziev Ludogorets’ coach Veselin Branimirov included in the first team another key player from the first team - Yordan Minev. They played 90 minutes. In Wednesday they are at camp with the national team for the friendly match against Turkey and the qualification with Malta on June 12th.

Against Beroe Ludogorets had a total superiority throughout the match and didn’t let for a moment to wonder who the better team is.

"I am happy with that title. I think throughout the season we played at high level and and we deserved to became champions," said Coach Veselin Branimirov.

This is second title for the youth academy of Ludogorets. Last season U17 were adorned with the gold medals.