Ludogorets arrived in Antalya with a branded airplane

Ludogorets has started the second part of the winter preparation before the beginning of A PFG spring mid-season. 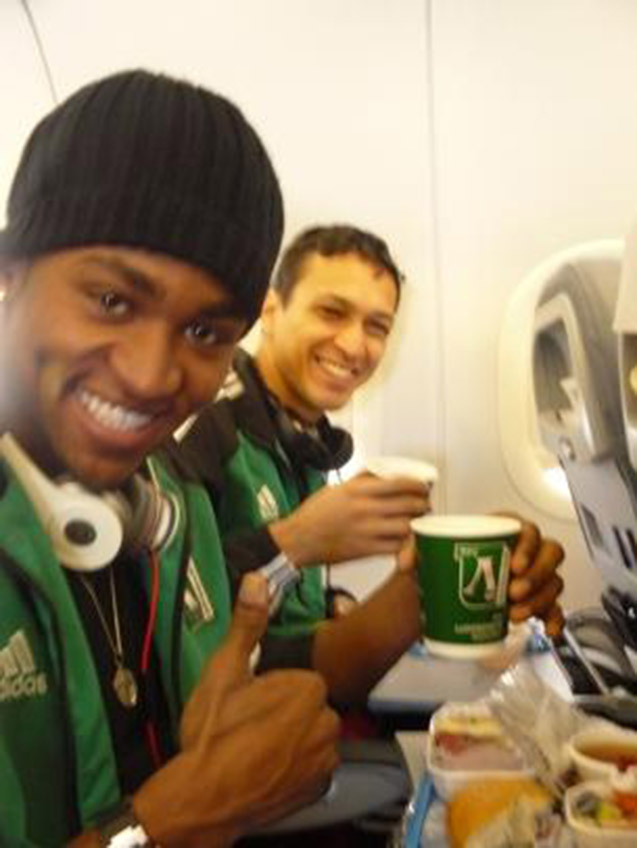 Ludogorets has started the second part of the winter preparation before the beginning of A PFG spring mid-season. “The eagles” arrived in Antalya on a charter flight with airplane Airbus 319-100. The squad of CSKA kept company to Ludogorets, having their preparation in the Trurkish resort as well. As you know, at the last moment “the army team” joined the charter rented by Ludogorets.

There were several pleasant surprises waiting for the players who arrived at the Sofia Airport Terminal 1, at 7.15 h. The plane in which Ivaylo Petev’s boys were about to travel was branded – there was a carpet with the Ludogorets logo at the machine’s entrance, and every seat was marked with the club sign as well as the logo of the sponsor of the camp – Huvepharma. Beverages were served in special cups with the Ludogorets trademark. An interesting detail for the passangers was the fact that the captain of the crew had transported the Apoel, Nicosia squad three times, for their participation in European club tournaments.

Another pleasant surprise for the Ludogorets footballers was the sunny warm weather in Antalya. Just 3 hours after taking off from the ice cold capital, Ivaylo Petev’s boys were accomodated at the splendid resort „Gloria hotel&resorts” in Belek. Currently, there are two more teams, as well as big fans of golf availing of the huge fields in the area. Ludogorets will be training on the pitch, used also by the Romanian national football team.

At 17.30h today Ivaylo Petev’s boys will have their first training on Turkish land.